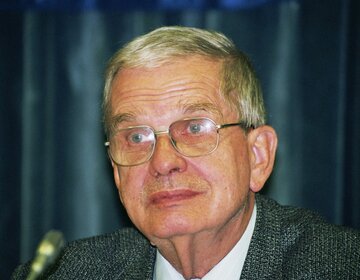 We invite you to author readings by residents of Prague City of Literature. The famous Lithuanian poet Tomas Venclova and the Irish journalist and writer Paul Cuddihy.

An encounter with Lithuanian poet and essayist 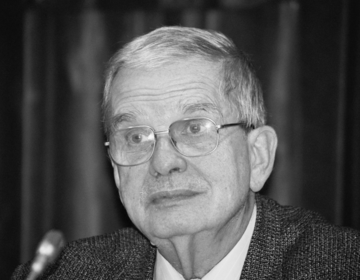 An awarded Lithuanian poet, essayist, literary critic and translator Tomas Venclova will present his poems and talk about his rich work, written not only in Lithuanian but also in Polish, Russian and English. Apart from his own writings, he has also dedicated himself to translating the works of others into Lithuanian, for example T. S. Eliot, Charles Baudelaire, Czesław Miłosz or Joseph Brodsky. Venclova’s own work has also been translated into many languages. In Czech, his poems from 1960–1999 were published in the collection Čas rozpůlil se…/ Ipuseja para… .

During his Prague residency, he works on a poetry cycle revealing the cultural ties between Prague and Lithuania. The encounter is hosted by the writer and journalist David Vaughan. Poems in Czech performed by Kajetán Písařovic. The event is English friendly with Czech translation.

A public reading and discussion with Irish author Paul Cuddihy 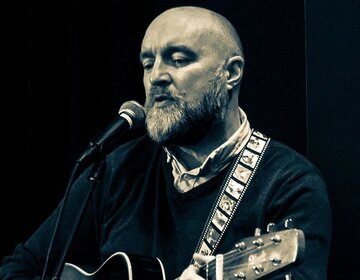 A writer and a sports reporter Paul Cuddihy has penned six football-themed non-fiction books for the Celtic Footbal Club, amongst them a biography of the Celtic legend Tommy Burns. He’s also an author of the historical trilogy telling the story of modern Ireland, set in Scotland, Ireland and North America, and a host of a podcast about literature and music. His stay in Prague is a part of the Prague City of Literature residency programme during which he's been working on the fictionalised story of Johnny Madden, a Scottish footballer who came to Prague in 1905 to coach at FC Slavia Prague for 25 years.

The event is hosted by the writer and journalist David Vaughan. Texts translated into Czech by Tomáš Míka are performed by Kajetán Písařovic. The event is English friendly with Czech translation.

Founder: The Capital City Of Prague
Design by

We collect cookies in order to provide better services on this website. Your permission gives us right to collect anonymized statistical data. Why do we need them? Thank you! Municipal Library of Prague